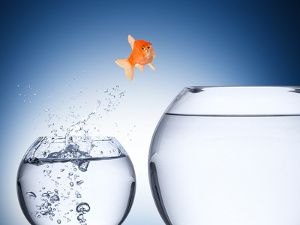 Growth hackers are people who achieve such sales growth using methods that are not directly visible and easy to conceive for the environment. This gives their work something magical.

Traditionally Hacking meant using not necessarely legal methods to gain access to data that is not immediately visible or protected. The hacker searches for loopholes and hidden entrances in computer systems. A growth hacker seeks and finds direct ways into the consciousness and perception of potential customers. This are paths the competitor or late-bloomer in the business says: “If I knew that”. Both Hackers use methods that would require too much technical knowledge and creativity from others.

Extraordinary skills of the growth hacker

He sees unfulfilled human needs. She or he tests that in niche markets there it is possible to see how well a product is being received. Market research can test new products with well-known techniques, for example group discussion or sending out samples and questioning later.

According to Henry Ford, market research and customer suggestions were not the impetus for the development of the then revolutionary Model T, which was built in huge numbers. Customers would have wanted faster horses instead of cars they had never seen before. Growth Hackers and Market Researchers need to be visionaries to see the new product in his best shape.

Inexpensive and fast customer acquisition cannot circumvent recommendation marketing. People recommend a product to others if it has helped them or arouses enthusiasm. Or if they can earn money with the recommendation.

Market Researchers – are they still needed?

Growth hacking is the product of many ideas and numbers. The firm belief in one’s own success is of no use if all market fundamentals oppose it. For example what to do if an analysis of the Totally Accessible Market shows only limited growth opportunities?

The market researcher also knows the penetration and effect of the individual recommendation or influencer channels and can doreliable tests.

Gaining numbers from multiple sources and transforming that into meaningful and comprehensive results - I do that since DBase III in 1988 and am now into data lakes, SQL, R and survey management.
View articles written by Johannes Winterhalter